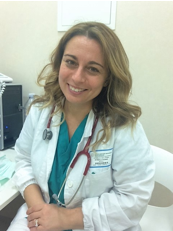 After the High School, I moved to Bologna, Italy, where I graduated in Molecular Biology. Therefore, I had the honor and pleasure to join the Research group headed by Prof. Marco Vitale, at Parma University, Parma, Italy for a 3-years research project, becoming author and coauthor of several scientific works on onco-hematology (polycythemia vera) and bone cancer.

During those years I have had the opportunity to learn more deeply not only the “microscopic” world, but also the human body and the related-disease. The research-projects on which I worked on, brought me so much close to human pathology, in particular to pediatric pathology, that I decided to apply to the Medicine School for becoming a Pediatrician, putting aside the first dream of becoming a researcher.

But life is full of surprises…

My previous work as a researcher, allowed me to have strong scientific relationships with some among the most important research groups in the world, either Italian and international. Therefore, few weeks after I started the clinical practice as a Resident in Pediatrics, I received a “once in a life-time” phone call from the United States, offering me a Post-Doctoral and Clinical Fellowship position, at Children’s Hospital of Boston, Harvard University, on the study of iPS (induced-Pluripotent Stemcells) in Primary Immunodeficiency. A few days after I sustained an interview and less than two months after, I moved to Boston. The project, headed by Prof. Luigi Daniele Notarangelo, Pediatric Immunologist of international renown, involved the most powerful and cutting-edge molecular techniques of genetic engineering for manipulate in vitro plasmids. We firstly took small samples of dermis from the forearm of children coming from all around the world, diagnosed with an extremely rare primary immunodeficiency. Then we cultured and manipulated those cells in vitro, making them immortal. In that way we were able to study and thoroughly classify the genetic information and mutations, including the smallest one, related to this rare pediatric disease. A project of this size and importance brought me to work into a wide scientific network with the most brilliant scholars of the Harvard University, Boston University, New York University, MIT, John Hopkins University, and more. I learned a lot on the laboratory bench working on stem cells as well as on the clinical ward of the Pediatric Unit, from the most renowned pediatricians of the world. 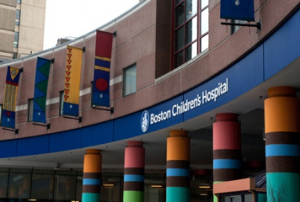 Now I live in Italy, proud to be here and to work as a Pediatrician, with an international scientific and clinical background. I’m working on molecular mechanisms involved in allergic reactions to drugs in children, and I’m planning an international multicenter trial, thanks to the participation of colleagues from United States which I worked with.

(Dr. Ivonne Sponzilli is the only resident in Parma to have never won a grant to the Harvard University, Boston, USA. After specialization in Pediatrics no one has proposed to her to remain at Children’s Hospital “Pietro Barilla”. He found a job in a suburban hospital. A wasted talent?)

This website uses cookies to improve your experience while you navigate through the website. Out of these, the cookies that are categorized as necessary are stored on your browser as they are essential for the working of basic functionalities of the website. We also use third-party cookies that help us analyze and understand how you use this website. These cookies will be stored in your browser only with your consent. You also have the option to opt-out of these cookies. But opting out of some of these cookies may affect your browsing experience.
Necessary Sempre abilitato

Any cookies that may not be particularly necessary for the website to function and is used specifically to collect user personal data via analytics, ads, other embedded contents are termed as non-necessary cookies. It is mandatory to procure user consent prior to running these cookies on your website.